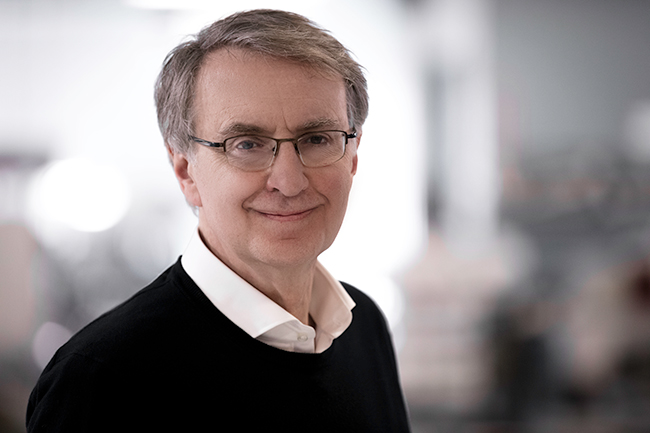 “SME’s Additive Manufacturing Community established the Industry Achievement Award more than a decade ago to recognize leaders who have made a significant impact in additive manufacturing,” said Sandi Bouckley, executive director and CEO, SME. “Prof. Sachs has been instrumental in transforming global manufacturing as we know it, and we’re proud to recognize his considerable contributions to our industry.”

A pioneer in 3D printing and a visionary in rapid prototyping, Sachs and his colleagues at the Massachusetts Institute of Technology (MIT) invented and established binder jet technology in the late 1980s.

“It is truly an honor to be recognized with this award,” said Sachs. “I find myself incredibly fortunate to have carved out a career in such rewarding and challenging work surrounded by like-minded individuals at MIT, Desktop Metal, and beyond.”

In addition to being a co-founder at Desktop Metal, Sachs also serves as the company’s co- CTO, where he has played an integral role in the development of the Production System a metal 3D printer for mass manufacturing. Based on his binder jet invention, the system is able to deliver the lowest cost per part with the highest capacity of any metal 3D printing system available.

“We teamed up with Ely to try to make something magical here at Desktop Metal,” said Ric Fulop, CEO and co-founder, Desktop Metal. “With his attention to detail and commitment to excellence in bringing our mass production technology to market, quite simply, we could not be doing what we’re doing here without him.”

At MIT Sachs became a visionary in rapid prototyping. With colleagues, his views on 3D printing ultimately allowing engineers to create functional parts rather than models or patterns for prototyping and testing, as well as for creating finished product components.

“Ely is more than deserving of this honor,” said Scott Crump, co-founder and Chief Innovation Officer, Stratasys, Inc., who first met Sachs at MIT when he invented binder jet technology. “He was able to take the theory and the physics, and convert that to something that could really work. Without Ely, the whole binder jetting revolution would have been delayed and it may have been an entirely different world for 3D printing today.”

In addition to 3D printing, Sachs is also known for his invention of conformal cooled molds and contributions to the manufacturing of photovoltaics, particularly for the invention of processes which make silicon wafers directly from molten silicon with no sawing required. He has cofounded several companies in this field, including 1366 Technologies Inc. He is also known for his work on process control of microelectronic manufacturing.

Sachs became a member of the MIT faculty in 1986 and has continued to help guide the next generation of 3D printing visionaries as a professor of mechanical engineering at MIT, where he earned his SM, MS and PhD in Mechanical Engineering. He has been recognized for pioneering new approaches to teaching undergraduate education, focusing on active, hands-on participation by students in the discovery of knowledge. He has received numerous honors and awards, including membership in the National Academy of Engineering, the Ruth and Joel Spira Award for Distinguished Teaching in 1995; the Institute of Corrosion’s T.P. Hoar Award in 2001; the R&D 100 Award in 2004; the TMS Champion H. Mathewson Award in 2006 and being inducted into the TCT Group Hall of Fame in 2018. He has authored more than 110 technical papers.